GoPro is a company that lost over half their value in 2016. The fact that the company had to recall their Karma drone didn’t help matters, especially because the reason for recall was pretty embarrassing: the drone would actually fall out of the sky due to a lack of power. GoPro’s CEO spoke at the Consumer Electronics Show and announced that the Karma drone will be ready for relaunch in February. The company will hopefully return to a state of profitability in the months to come.

Cuba, A Land with No Internet, Prepares First Video Game

About a year ago, my school sent the first year class on trips around the world. Luckily for me, I was in the group that got to go to Cuba. Everything about Cuba is incredible: the culture, the food, the people, the artistry, the scenery...it’s just gorgeous! If there was one thing I had to change about the little nation, it would be this: the Internet and cell phone reception are terrible! For the majority of the trip, my classmates and I had no way to contact the outside world. We couldn’t text photos to our friends and family back home or check our emails. A few of us were able to access the Internet for about an hour, but that was because our professor was kind enough to purchase special cards that would give us Internet access for exactly one hour. I can’t imagine life with no Internet or cell phone reception. But for two young Cuban men, the lack of Internet wasn’t a problem. Josuhe Pagliery and Johann Armenteros have launched Cuba’s first independent video game company, Empty Head Studios, and plan to release their first game, Savior, for PCs. Wish them luck and give them your support!

Would You Let a Robot Into Your Home if it Looked Like Albert Einstein?

I’ve discussed creepy robots and holographic home assistants in the past, but this is just ridiculous. Hanson Robots revealed their miniature robot, Professor Einstein, at CES this week. The most noticeable thing about the robot is that it bears a resemblance to the late Albert Einstein. All of the Hanson Robots products are very creepy and lifelike, but Professor Einstein takes it to a new level. It will have over fifty facial expressions! For now, the Professor is targeted at tech enthusiasts and families in need of home assistants. Robots like the Professor are probably going to become more and more common in households in the years to come. As for me, I won’t let the Professor into my house; he’s just too unnerving! 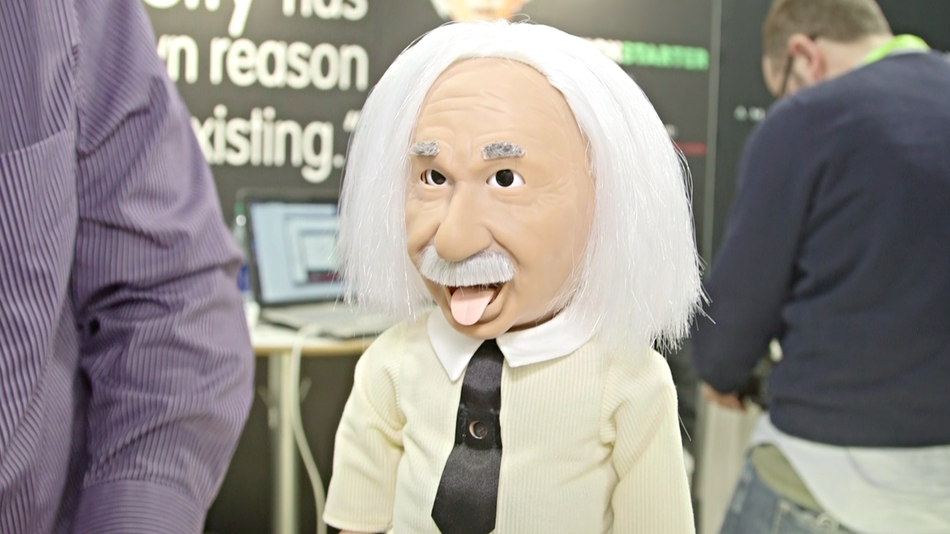